“Around Easter, I stepped out of my SUV and felt extreme pain in my lower back. I was in such severe pain, I could barely speak or walk without holding on to the wall, etc… By midnight I couldn’t move. I ended up in the emergency room, and was given enough pain medication to knock out a large horse. It helped some, but I was still unable to walk completely upright or function without medication.

“After a stressful week in the hospital, they finally gave me an MRI, and discovered I had two herniated discs in three places in my lower back. They sent me to the pain clinic for a series of steroid shots. The shots gave me relief for about three and a half months but no one told me about all the side effects I would experience. Menstrual bleeding that never quit while the steroids were in my body was one of them most obvious ones that cost me a couple of trips to my gynecologist before he told me that the steroid injection was the cause of it. He suggested a D and C. This meant besides the large expense of the injections now I was going to have to pay for the ramifications of the side effects as well.

“Throughout my initial injury, Dr. Nicole would mention when she saw me that she could help me. Now mind you, I was in health insurance claims processing for many years. I had doctors and attorneys and insurance companies telling me how evil chiropractors were. They told me chiropractors are quacks and scam millions of people out of money on a daily basis. I didn’t want any part of it. Needless to say, I thought Dr. Nicole was sweet but didn’t want her possibly doing more damage to me than I already had. I came close to going to her initially but cancelled my appointment after I called my physician’s office to have a copy of my MRI sent to Dr. Nicole. My doctor called me back personally and told me that she strongly suggested I not go to a chiropractor and that it would do more harm than good.

“One day my steroid shot from the pain clinic had worn off and I was in incredible pain. I knew surgery was going to be eminent. It would not only cost me thousands of dollars in care but lost work time that would cost me thousands of dollars and there were no guarantees I would be back to perfect health again. I had already lost over $7,000 in revenue from my first episode. Dr. Nicole saw me bent over walking hanging onto walls and came up to me and said ‘Laura I know you don’t believe in Chiropractic but I’m telling you I know I can help. I promise you I can make you feel better without drugs and surgery. Please just come over to my office right now and let me try.’

“Exhausted from my pain, and frustrated with the short term results from the drugs. I was scared at the thought of the long term effects of the steroids. She had already told me the steroids could be weakening my heart, and masking the pain so I didn’t even know when I was re-injuring myself. I decided to give it a try. I figured she couldn’t hurt me any worse than I already was.

“My relief was so significant, I decided to go back again, and again. It was a miracle. After 9 months of treatment, 2 to 3 times a week I am 98% back to perfect health. No drugs, no surgery, all natural. It has made a true believer out of me. You know what they say about converts – they’re usually the strongest believers and the most devote. You can count me as one of them. Any time someone tells me about their health problem and how they aren’t healing through traditional methods, I tell them to try chiropractic care. I continue to give my testimonial to anyone who’ll listen. It changed my life and I feel I owe it to others to pass it forward.

“I now have my children going so they will live long healthy lives. Thank you so much for all you patience, educational information, care and professionalism. Your efficient staff has patient care and their office systems down to a science.” 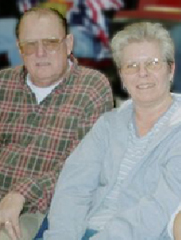